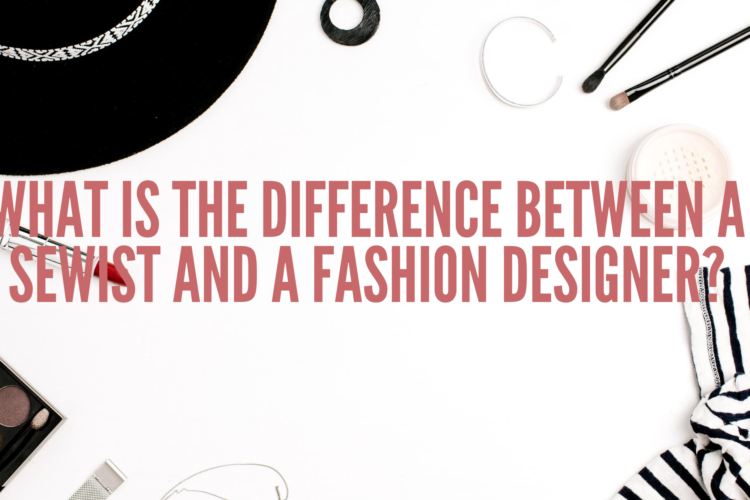 Fashion design holds the key to new and innovative trends. With designers acting as an important part of ready-to-wear fashion, clothing brands are able to stamp out couture-inspired material into the public domain. Here is where trends are created and duplicated across the fashion market.

These visionaries do not build the fashion industry alone. Sewists are often overlooked as an important part of the fashion markets. Though sewing clothes may not seem to be important, it forms the backbone of the clothing industry.

At the very beginning, designing is the understating of fabric and textile elements. Knowing how the fabric falls, holds and tailors allows for design ideas to be born. These key principles of sewing and patterning lead the way for a fashion designer to create a trend. Essentially a sewist is an artist who uses sewing to create individual work or to recreate new trends. Also known as a sewer, a sewist could either design their own pieces for a small business or could exist as the duplicator within the clothing industry.  Here we will define the importance of the relationship between sewists and fashion designers.

The historical relationship between sewists and fashion designers

The fashion phenomenon began in the 19th century with the rise of the House of Worth. Often called the father of fashion, Charles Frederick Worth became the founder of Parisian haute couture by establishing his own tailor shop in 1858. Worth grew to become a frontman in fashion design. Soon his work was imitated in french workrooms and sold around the world. Worth’s high-quality garments of flawless design formed a fashion staple in the late 1800s. Worn by royals and nobles alike, the seamstress took flight as a notable fashion designer. The father of fashion had two key skills that he used to carve his name into haute couture; design and sewing. Bound together, the two could not exist without one another. The birth of this ingenious pairing of design and sewing created the ready-to-wear fashion industry.

Mary Quant revolutionized fashion by creating the miniskirt. Deciding to design and sew her initial pieces, Quant developed some of the most timeless staples in fashion today. Understanding textiles, trends and materials, Mary Quant became the perfect combination of sewist and designer. Through the increasing growth of her business, Quant moved purely to design whilst her clothing was workshopped and duplicated by sewists. With the every-high demand existing in the ready-to-wear fashion industry, sewists were a necessity to meet the want for the new trend

After the birth of large-scale production, sewists and designers began to exist separately but never out-of-touch. Fashion designers don’t need to be sewists. Sewists need not be designers. But they need to work together to create trends and on-brand clothing. Working with sewists or tailors, designers are more likely to understand how to improve their own work.

Sewists are also able to guide designers in terms of fits and sizing. By simply designing a piece, the fashion designer may not take these certain elements into consideration. The price point is another place where designers can learn from sewists. While the fashion designer may be ready to start a new trend, sewers are well aware of the pricing of textiles or fabrics and can, therefore, alter designs to suit the target market. Smaller fashion designers are more likely to design, sew and tailor their own work than designers in more sort-after companies such as Zara, Woolworths or Gucci. Here, the designs are mass produced.

Simply, fashion designers create sketch material which they believe could start a fashionable trend. Without having to do the physical production. Sewists have their knowledge on textiles and tailoring to bring the trends to life. Sewists create the physical embodiments of the designers ideas. The fashion designer holds him/herself as the thinker whilst the sewist exists as the do-er. Both still exist as creators in their own capacity. Each skill needs the other for fashion to exist. Sewers exist in product whilst designers exist in the idea. Both are worn and honored in a final piece but in different ways.

Related Articles
What is the Bothers Embroidery Machine: Everything You Need To Know
How To Spot Fitting Issues
Patterns Drafting Explained